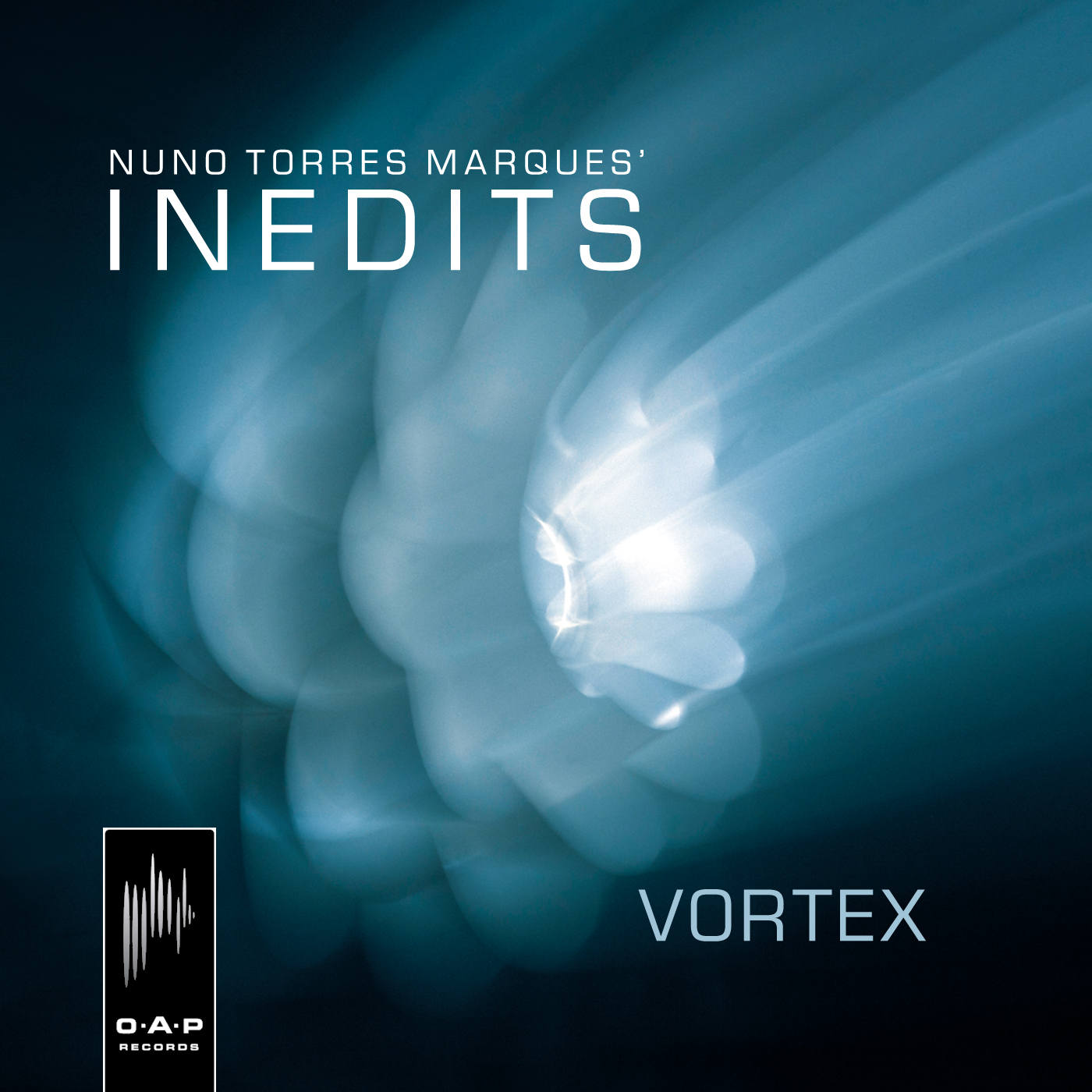 Inedits is a new band, conceived as the brainchild of bassist and bandleader Nuno Torres Marques (Lissabon, 1971). With Inedits Nuno explores the musical spectrum: he’s influenced by the combination tone / color and composes adventurous, melodic jazz. This interesting approach can be heard in catchy, drawn-out compositions. The listener will be taken on a journey through a wonderful hypnotic world that sometimes reflects hints of the Mediterranean. This is no coincidence considering the international line-up of musicians. The relatively young band has experienced some line-up changes and is now at full strength with new guitarist (Rui Silva) and drummer (Jimmi Hueting). In March 2015 the band went to the O.A.P. Studio and recorded the strong debut album ‘Vortex’. This album show’s us the fruit of vision, hard work and inspiration laid down by Nuno Torres Marques and company.