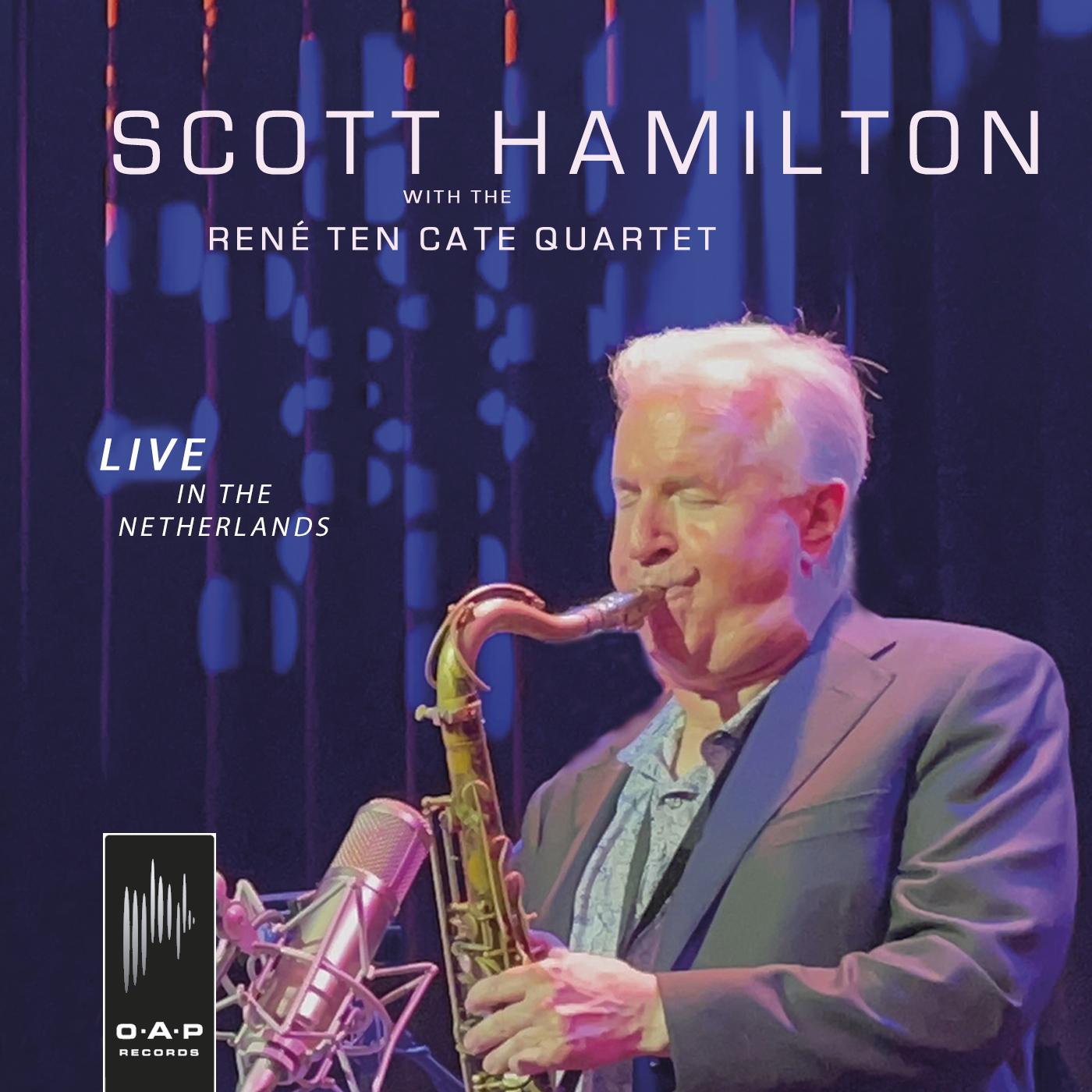 After an impressive career playing and recording with countless jazz greats from Tony Bennett and Rosemary Clooney to Benny Goodman and Woody Herman, tenor saxophonist Scott Hamilton relocated to Europe in the 90’s and started working as a soloist traveling around the world playing concerts, club dates and making records. His playing still displays that boundless energy, creativity and unique straight-ahead swing style that quickly made him a household name since he burst on the scene in the middle seventies. Scott has built up a dedicated group of fans around the globe and continues to travel to play with his musician friends everywhere.
This concert was recorded in the medieval town of Gouda, organized on short notice by René ten Cate, a seasoned pianist, drummer and vibraphonist who managed to find a good theater and had enough time to drum up an enthusiastic audience. A date was available in Scott’s tour schedule and René picked up the phone to put a band together in which his weapon of choice would be the vibraphone.
This date had Scott playing with some old and some new friends in the best jazz tradition. The music was made on the spot and in the moment, intros and codas were fully improvised and everybody in the band fully trusted each other to do whatever was needed to make the music sound good.
For good jazz sometimes that’s all you need. 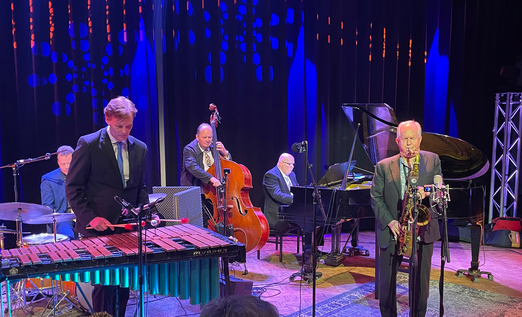